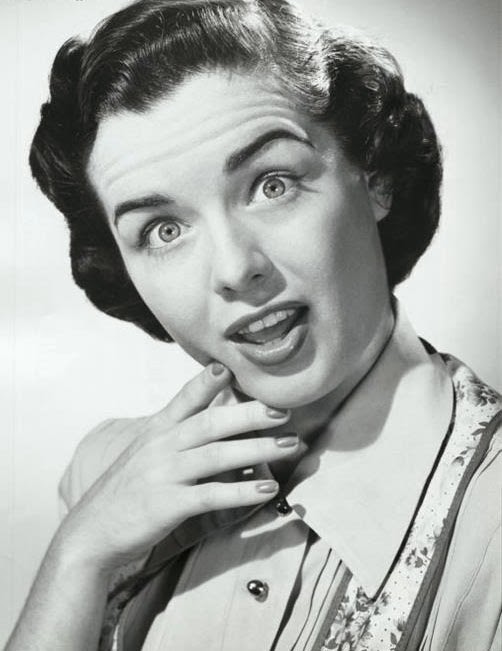 If you are reading this, your significant other probably shared with you a sexual fantasy where he is locked up in chastity (unless you are one of those rare women who got turned on by the idea and convinced their man to play along, in which case, congratulations on convincing him.)

I imagine you were very surprised by his fantasy, and a little bit thrown by it. You probably never heard about male chastity before and perhaps are even a little bit frightened by what it could mean for your relationship.

I've been going out with my boyfriend for almost 6 months and a couple of weeks ago I suggested we each wrote down our top sexual fantasies with the intention that we carry them out for each other. With hindsight perhaps it wasn't a good idea - if you instigate it then you need to be prepared for the unexpected I suppose - and that's what I got !

He would like to be locked in a chastity belt long-term with me teasing him & controlling his orgasms. His other fantasies are basically played out whilst he is locked in his chastity belt - and so I can't even do other ones first while I think about this one.
- anonymous


Let me start out by assuring you that the choice is yours. Sexual activities need to be enjoyed by both partners if you want a sexually healthy relationship and you should never engage in activities that you find abhorrent. If you are totally averse against the idea of male chastity, I propose you find sexual activity checklists online, both fill them out, and then find out where your fantasies have common ground.

In fact, you should probably do this anyway even if you are open to the idea of male chastity.

If you are not averse to the idea, you are probably wondering how or what to do with this fantasy of his. 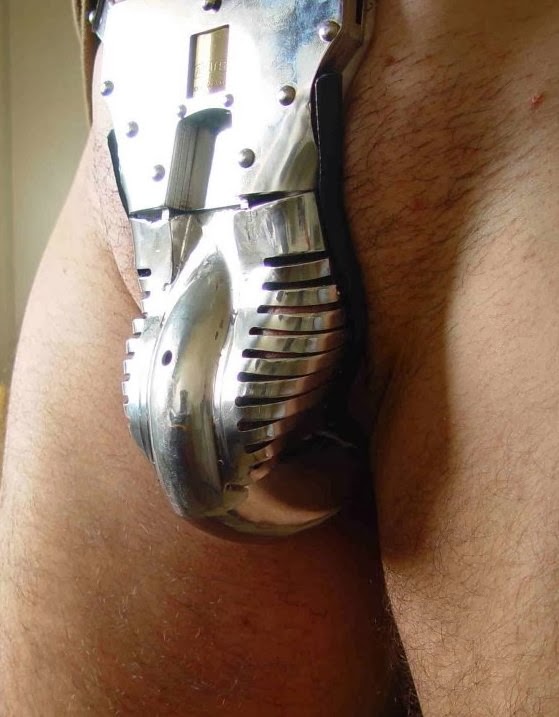 Why would he want his manhood locked up in a cage and controlled only by you anyway?

I cannot presume to know why your husband has chosen to go down this path, but I do know why I got fascinated by male chastity.

Before I was kept chaste, I frequently masturbated, often twice a day. I knew that if I left my penis alone my orgasms would be much more intense and gratifying, but for some reason I simply couldn’t stop myself. The idea that I would give up control over when I came appealed to me, as it would give me the discipline (by proxy) that could ensure more satisfying orgasms. Now I often go a full month without orgasming, but love the intense feeling when I do. My partner enjoys how my sexual energy is repurposed in the household and towards courting her again. Sometimes she just takes her top off and enjoys me looking at her, reveling in the intense desire with her as the subject in the middle. It boosts her confidence in her beauty and desirability.

My experience in conversations with other men at the workshop let me to conclude the following motivations for their chastity. Your man will love chastity for one or several of the reasons below:

You might want to ask your partner why he wants chastity play and if he is not sure, you can have him pick from one of these reasons. In order to decide if you want to play along with his chastity fantasy, you might first want to understand why he has it, so that you can better learn what he expects from it, and if this is alright with you. You might be okay with chastity for one reason but hate it for another reason. For instance, some women use chastity in a master / slave context, to make their partner submit. If your partner enjoys chastity for Tantric reasons, then obviously you are somewhat misaligned and need to communicate. Or you may have a high sex drive and only enjoy penetration but your man wants to be kept in chastity for long times because he enjoys the horny sensation. Again, you will need to talk. One more example: you may enjoy your partners masculinity but you discover he wants chastity in order to submit. Again, you will need to talk.

But I’ll assume that you find out that your motivations are aligned. For instance, he has a higher sex drive than you, and chastity allows him to make periods of no sexual interaction erotically charged. Or you have a high sex drive but want to be taken orally more often, and he enjoys to save up his orgasms to make them more intense.

A male chastity blog for loving couples, who aim to spice up their or his sex life in a vanilla yet kinky way.
Written by a loving Dutch couple, a UK couple and some online friends from America.
The opinions of the many authors may at time conflict, but we believe this provides the reader with a broad scope to learn how to enrich your sex life through male chastity. 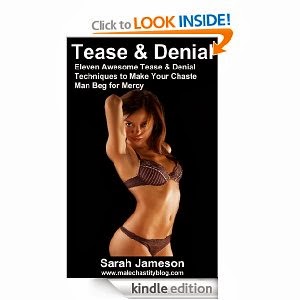